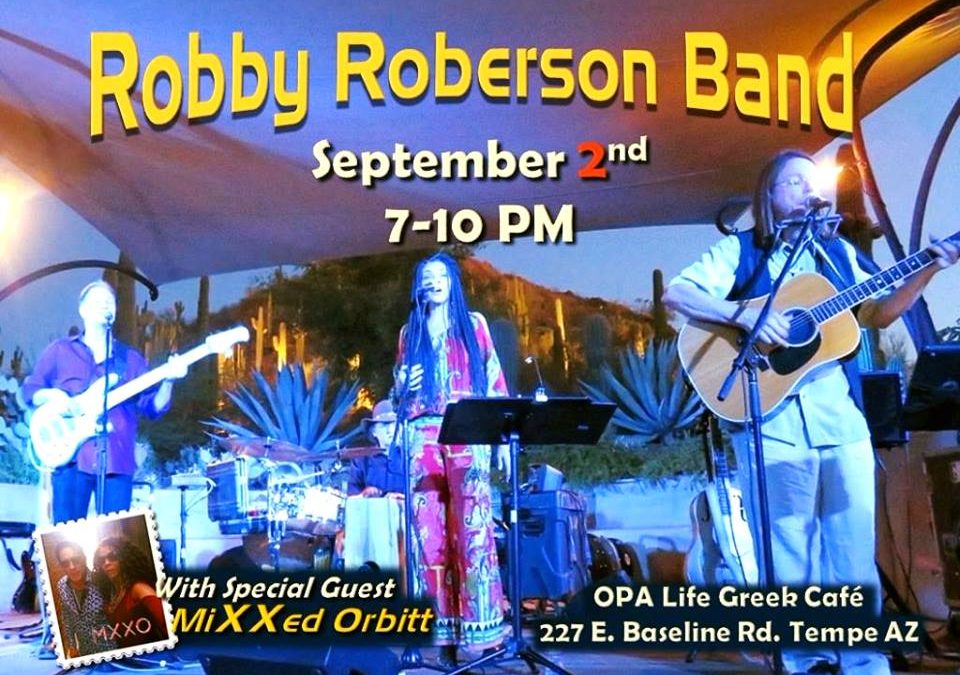 As always, performing at OPA Live Greek Cafe was a blast last night….

Chandler Center for the Arts

The Robby Roberson Band had such a great afternoon at the Chandler Center for the Arts yesterday (08/13/2017). Great venue, great staff and great audience….thank you all!

Review of Performance at Scottsdale Center for the Performing Arts, August 12, 2016 By Leslie Criger

“It’s moments like these that I wish I was a great writer. I would love to articulate to this FB world how incredible the Robby Roberson band was live at the Scottsdale Center for the Performing Arts tonight. We bought their new album waves and listened to...

So happy to be able to play music in Tempe...
« Older Entries